Join the Firefield Legion during Asgard and Overload 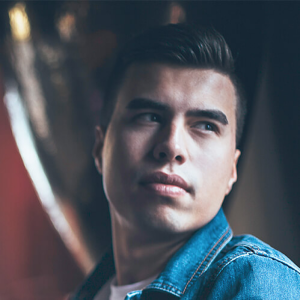 Firefield was founded in 2009 and the main objective to this day still remains: creating the best value shooting sport accessories and optics possible.

This year, Firefield is doubling down on the Airsoft market. And so are we at Bunker 501! With the launch of our brand new website and our constantly expanding catalogue—we’re your perfect Airsoft partner.

With that said, we’re proud to announce that we’re Firefield’s exclusive distributor for Belgium, Germany, Hungaria and The Netherlands. By purchasing Firefield from us, not only will you get a quality optic, but you’re also backed by a three year warranty ?

It’s going down at Asgard Deadlock and Overload

This year the Firefield legion will gather during Asgard and Deadlock.

Between the 8th-11th of August, one of the biggest Airsoft battles is going down again in Military Training Area in Wędrzyn (Poland). The game gathers hundreds of players from over 20 countries!

The battlefront, which swept through Sturok, left the city destroyed and torn in half. Public opinion and international organizations have forced a ceasefire.

The zones of influence of each side and the strip of no man’s land now determine the border of life and death for soldiers and civilians. Thrown out of their homes, the civilians wander around the ruined Sturok, some of them had to leave the city and look for shelter in the nearby forests.

More information about this event can be found here.

Overload will take place between the 6th-8th of September. That’s a month after Asgard, so you’re in the clear to attend both (I mean, why not right?). If you haven’t registered yet, we have to disappoint you – registrations are closed.

This is a corrupt country, in the turmoil of a civil war. For heading the national army of Taira, the current government chose a famous general, tough and experienced, Nicholas Clutterbuck, former commander of Bristenia National Army (BNA). His end goal is total annihilation of guerilla forces (Golden Rats) and restore peace in the republic. At the same time, it must be ensured secured exploitation of official resources (oil, diamonds) and of the coca plantations and their transport into the neighbouring country. Convoys can only travel through the land territory, through a mountain passage bordered by Shadow Jungle…read more.

During both events, the organizers will distribute Firefield catalogues with a patch and a small brochure. At Asgard, Firefield also provides extra prizes.

Make sure you’re ready to crush it this summer! Geared up and ready for battle. Shop Firefield exclusively at Bunker 501.